We know you’re pregnant before you do: how to get personalisation right

This article is a condensed version of my speech at the Festival of Marketing 2017, for all those who suffer from FoMo…

The future of advertising is an exciting, terrifying prospect. It’s not inconceivable that within the next decade we will be able to target people at almost every juncture in their life – in their homes, on their various devices, whilst they’re commuting to work in a self-driving car, at every interactive billboard they walk past – and gather data from more or less every moment of someone’s existence.

It’s thrilling to the advertiser, yet troubling to the individual (which we all are, too, right?)

All media will be bought programmatically – whether this happens within the next five years or longer, it’s going to happen. Technology such as IoT and AI, along with the dizzyingly rapid surge in smartphone ownership (predicted to be over 5bn users by 2020) and the promise of 100% global connectivity (potentially 2030), will enable advertisers to connect with people with an unprecedented level of personalisation.

And personalisation can be an incredibly good thing. But it can also be detrimental. This is why it’s a paradox. Let’s start with the bad side.

It’s become somewhat folkloric by now, but worth revisiting all the same.

Target’s loyalty card scheme enables them to gather masses of data about their customers’ spending patterns, which they use to personalise their advertising and promotion. One example is the ‘pregnancy prediction score’, an algorithm used to determine whether a customer may be expecting and estimate their due date. Given a high enough score, Target will send that customer a booklet of coupons related to babies.

Unfortunately, their algorithm doesn’t care whether the customer is still at high school, or if her Dad knows she’s pregnant. Hence the infamously creepy arrival of the coupons, and one irate father. The punchline is that after a very angry call to their customer service team accusing Target of baby-mongering, the father spoke to them again two days later to tell them they were right. His daughter was indeed pregnant, she just hadn’t broken the news to the family yet.

Clearly, Target crossed the line. They went from an impressive use of data to heighten the relevance of their promotions, to a sort of freelance gynecologist causing familial distress. They became creepy – a risk that any advertiser faces when it comes to personalisation.

The first two commandments (what not to do)

What advertisers shouldn’t do can be broken down into two main things:

When do we creep people out?

When we make them feel that their privacy has been invaded. That’s the basic answer, but it’s not easy to predict whether an ad will cause this feeling, and to what extent.

A major factor, of course, is the brand itself. If you’re in finance, for example, people are more likely to be creeped out due to the sensitivity of the data. How familiar your brand is matters, too: people are more comfortable with a company they know, or have interacted with in the past.

Demographics makes a difference. The younger generation, due to their greater familiarity with the internet, are less likely to feel ‘perceived vulnerability’. And there are individual traits, one of which has been dubbed ‘ad skepticism’, i.e. the quality of being generally distrustful towards advertising. The savvier ones out there may respond more negatively.

The way data is collected can also be highly influential. A study of Facebook advertising compared overt and covert data collection strategies, finding that personalisation works far better when it is based on data that has been collected transparently.

Providing benefits to the consumer can also mitigate the creepiness factor. In a study last year by the University of Texas, 75% of respondents said they would be ‘willing to share their personal data (depending on the context) when presented with the opportunity to receive various forms of incentives’. In a recent study of data sharing via mobile commerce, it was found that ‘customers place more weight on benefits than on risks’. Basically, people will tolerate creepiness so long as they believe the rewards of personalisation are worth it.

So there are a lot of factors at play, all of which need to be considered before any personalised ad campaign begins.

When do we piss people off?

The first two are more straightforward to resolve. They just require some common sense, and proper account management. Making sure ads are relevant, however, is something I would like to elaborate on in the next part of this article – the other two commandments of personalisation.

The Other Two Commandments (what you should do)

Three ways to master your targeting

Programmatic is unnecessarily, counter-productively, ridiculously complex. We all know it, and it’s been talked about enough already. Not to open a can of worms, but if the brand safety issues of the past few years have taught us anything, it’s that most advertisers simply aren’t in control of their targeting.

It might sound idealistic, but we should all be aiming for a one-DSP approach. It’s not as though reach is really an issue, with a single DSP being able to provide more than enough of this on most occasions. Cut out anything that you don’t truly need, and if you really do require some third party tech, then at least make sure you can easily plug it into your existing stack.

As I mentioned above, the benefits to this can be huge when it comes to personalisation. For a more lengthy discussion about the need for data transparency, see my article in Econsultancy

This is one of the main advantages of programmatic as a platform. You have the opportunity to run experiments on every aspect of your targeting, continually optimising over the course of a campaign.

Personalisation is ultimately a branding decision. To what extent do your customers want you to personalise the way you communicate with them, to what extent will they be comfortable with it? Aside from all the discussions around tech and data, the most important step to successful ad personalisation is good old fashioned marketing strategy.

To come back to the Target example. The epilogue to this tale is that Target adapted their promotional strategy by sending coupon booklets containing relevant but also irrelevant offers. Expecting mothers would benefit from the coupons on baby products, without necessarily realising that Target knew about their condition.

Target learned to moderate their personalisation. They found the right level, i.e. one that enhanced relevance without crossing the line into creepy.

It’s a good example for all advertisers, who will all need to find the sweet spot for their own brand. Let’s not forget just how good personalisation can be: better preference match, better products, better service, better communication and better user experience. So long as you learn how to do it right. 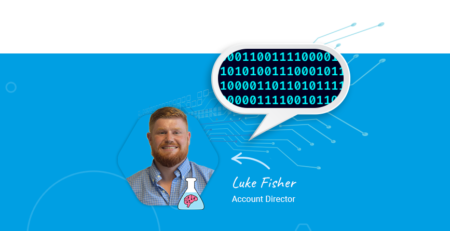